Over the decades, the world of advertising has changed.  From starting out with simple ideas and only using print or television to complex social media strategies, advertising has gone through many stages.  In today's world, being new and innovative is the key to grabbing attention.  However, the ideas do not have to be complicated.  Originality is often the most intriguing factor in advertising but is sometimes overlooked.

The following are examples of mind blowing advertisements that are so simple yet have the biggest impact.  It is talent and innovation combined to create an explosion of unique forms of media. 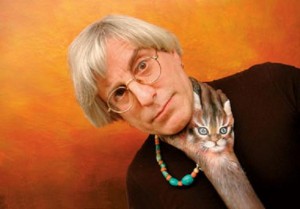 Meet Guido Daniele, a painting mastermind.  Daniele has been painting and participating in art exhibitions since 1968.  It was in 1972 when he began working with editing and advertising companies as a hyper-realistic illustrator to use and test different painting techniques.  In 1990 he began the body painting technique where he paints bodies.  These creations are used in advertising pictures, commercials, exhibitions and fashion events.  His "Handimals" project began in 2000 and is of great international interest. 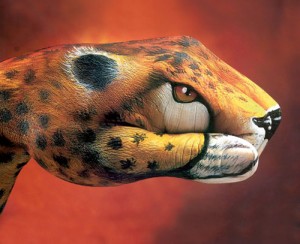 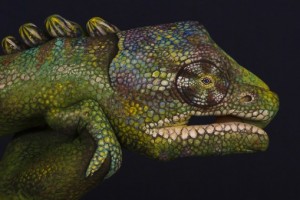 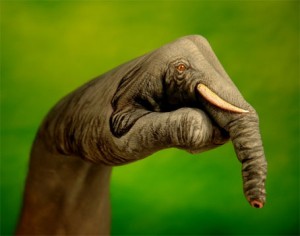 Daniele has worked with AT&T to create advertisments to sell their roaming capabilities.  Each advertisement represents a specific country where AT&T has accessible roaming. 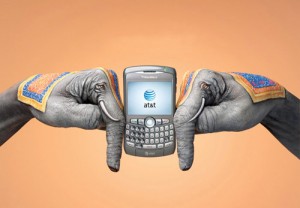 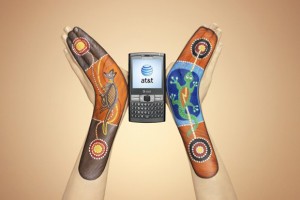 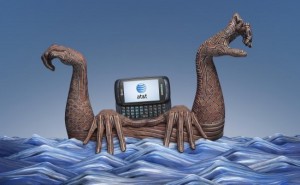 La Mesa, an advertising agency in Chile created this advertisement for Pampaverde for an "Extra Big Burger." 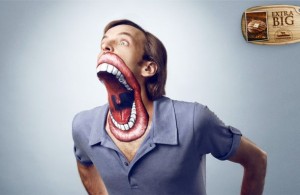 This print ad appeared in the newspaper and is titled Excavator.  It was done by Jotabequ Grey Costa Rica advertising agency for Gold's Gym in Costa Rica. 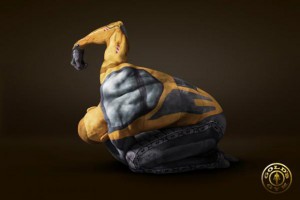 This last one is not an advertisement but a music video for Young Rival.  It also uses art and innovative ideas to create a video with pure originality.  The artist, James Kuhn, turns each face into a canvas.

LifeSwap, the beginning of a new reality