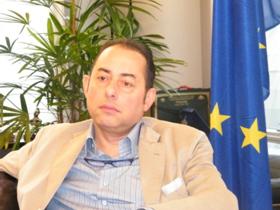 On October 4, 2011, we met the Vice-President of the EU Parliament, Gianni Pittella, in Brussels, who answered our questions about employment, the European policy and projects for its improvement.

1) Our website is called Find Resume Templates; this is a site that offers information on resume writing and job search. If you were writing for this site what advice would you give to young people?

The first thing I would say to young people is to put forward their own work experience in addition to what they have learned. Whilst it is important to have a degree, a specialization or a Master it is also important to show vocation for their chosen career. It is not enough to solely have a good curriculum; strong moral motivations matter.

2) To succeed in getting a job in Spain, Italy and Greece, do you think that a good CV and a vocation are enough?

Not at all. This is not sufficient due to the lack of opportunities and jobs. The situation is really dramatic.

3) Today (October 4, 2011) the initiative "5 ideas for a Young Europe" was presented. In the introduction, you were speaking very good English. Can you tell us more about it and also tell us what you think about the European leaders who continue to refuse to learn English?

Thank you for the mentioning that I speak English well. I don’t regard national leaders who refuse to learn English highly. I am fifty years old, and with great humility, I am learning English, and sacrificing, in parentheses, my vacation. For years I have spent the summer in Brussels with my wife and my English teacher. Learning English for nine hours a day is far more important to me than going to the beach.

Nine hours a day. It's not a lie. There are witnesses. Anyway, I have no interest in telling bullshit. Knowing English is essential.
I have paid the consequences of this state of mind when I was a student: 35-40 years ago when knowing other languages was not considered important. Moreoever, taking a language up as an adult is a lot more difficult tha starting a language at the young age of ten.
I started as the EU MP unable to speak any language ​​other than Italian, so I decided to start studying. It is without doubt harder for me than for a child. But you must know at least one language as well as your mother tongue.

Regarding the "Five ideas for young people in Europe" initiative, I think it's a wonderful idea and very innovative. Normally, a Vice-President of the EU Parliament and a Vice President of the Economic and Social Commission (in this case, Anna Maria Darmanin) visits ten to fifteen universities in Europe to listen and to talk. We are ready to listen to proposals from young students.

We worked hard on this and are proud to be at the root of a new generation of Erasmus. I am the person who suggested the Erasmus for young entrepreneurs and young people in public administration.

It is clear that the official from the South learns more, but the exchange is never one-sided. The exchange goes both ways and it is always beneficial. I am convinced that we need to exchange experiences in public administration, schools, college and work.

6) Speaking about Erasmus grants for students, the number of students who choose to participate in the Erasmus program is increasing, but what they receive as scholarship is very little and they only receive it when they return. Can you do something to improve this?

It is vital that we do something about this because what the Erasmus students receive is too low. We need to increase the EU budget, if we want to prove that we are about action and not false promises.

My proposal is to increase the budget by collecting financial capital of one trillion each  year through Eurobonds. We must invest all this money in human capital. That's the way out of the crisis and to make Europe stronger: investing in young people.

7) Let's talk about women and work. Why are they the ones who suffer most from the crisis?

Because it is still difficult to talk about real equal opportunity. I think we should strengthen the gender budget policies and budget generation.

8) What are these policies?

The gender budget means that when a municipality makes a proposal for the budget, it must try to bridge the gap between women and men, for example by creating child care and other initiatives that allow women to be mothers and have a job.

9) You are one of the few politicians who use the Internet: you have a personal site, Twitter and Facebook profiles that are constantly being updated. You also have a site called Europabarcamp where anyone can write content and ideas that you have called "non-conference." How important is the Internet for a politician? Is it as an instrument to control and direct the will of the citizens?

The Internet is essential. Before the Internet, we used traditional methods to talk with citizens. Today, we don’t need to sacrifice the traditional methods: it is necessary to maintain physical contact with the territory. Yes,  I returned to southern Italy every week, but one cannot deny the gift we have been given that is the Internet. Through Facebook, I speak daily with many people; through Europabarcamp, we collect ideas and proposals of all citizens who wish to participate, without overlooking anybody.

It's an incredible experience. Now I want to start a new project called "Wikicrazia"; an open government project for public administration, national governments and municipalities, so that data will be available to all, and wil help citizens solve their own problems. In other words, maximum transparency and maximum participation of citizens.

Right now, I am creating a national and European association called "First Person". This will be an association formed by young people and I will be the president. We want to create wiki projects in all public authorities at European level.

10) Do the people of Europe have a European civic consciousness, or do they feel distanced from the European institutions? Do the Citizens know the role of the EU Parliament and of the European Commission for whom they will vote, and what is the importance of Europe?

Not enough. There are some citizens who are aware of these things. But those who are not are still numerous. There is a lack of knowledge in schools, universities and at parties. And there is much confusion caused by misunderstanding. Many people confuse the role of Parliament with the European Commission and the European Council. No one knows the architecture of Europe. Nobody knows what the function of each member is.

We did not realize that today it is the EU that determines the national law by 75%...

How can a citizen, a politician, a worker in the media of communication or a teacher  not know what Europe is? Areas dedicated to Europe are very rare, for example on the television, and for this reason there is a lack of knowledge.

When we talk about Europe it is only when we want to slander it. This is what most comfortable and convenient for the majority. When a government cannot solve its problems itself, they look for someone or something responsible, and automatically blame the EU.

12) If Europe had not existed, would it be signed with Italy, Spain and Greece?

Europe is still under construction. We cannot remain so. The crisis we are currently facing teaches us that Europe cannot be satisfied with a common currency- it also needs a common government and a common fiscal union.

We started with the ceiling instead of the pillars and foundation-a reverse process compared to the standard.

We must go back and redo the foundation, that is, politics. Europe must be a political union, an economic governance and a fiscal union.

13) How can citizens regain confidence in politics?

People are the main examples. If the citizen is aware that there are people who are in politics that are serious and honest rather than overcome by personal interest, he will realize that not all politicians are thieves.

We must reaffirm in making beautiful things. I never get tired of designing new things and especially love to have this direct relationship with citizens. Vive l'Europe! 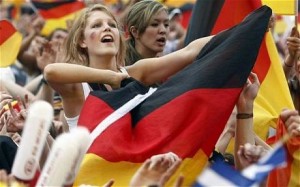 Experts are turning their attention overseas to ask whether the UK could be learning from the overseas example to combat youth unemployment.

Despite efforts made by Government to invest more money into apprenticeship schemes, there are still only 11 apprenticeships for every 1000 employees. In Germany, these schemes are largely unfunded. The UK is therefore missing one key element (because it is evident that money has had little effect) : the right mindset regarding apprenticeships.

In the UK, employers are expected to fund the apprenticeships, whilst in Germany, apprenticeships for 16 to 18 year olds are funded by the state. Moreoever, in Germany, school careers advisers discuss a range of alternatives to higher eduaction with pupils from an early age- something that Britain lacks with its narrow minded "University is the answer to a better job" mindset. Overseas pupils are encouraged to complete an apprenticeship and to view it as equal to a degree, and if they desire to do so, carry on into higher education after completing their apprenticeship.

Why then, in Britain, do we feel apprenticeships are an "either/or" choice between that and higher education?

The British mindset needs to change if we are to have any chance of combatting youth unemployment.

Studying abroad is common all over the world, so why hasn't the UK embraced it? 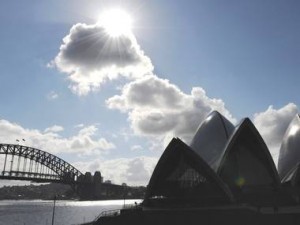 With the increase in tuition fees and loss of University places, studying abroad may be the perfect alternative. We look into some key factors of studying abroad:

Visit www.thestudentworld.com to find out more information on studying abroad. 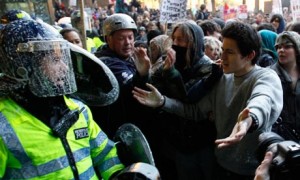 The Guardian today reports that plastic bullets will be available to police chiefs in an attempt to prevent disorder from breaking out in the capital during the latest round of student fees protests. Officers will be free to use rounds for "extreme" measures as 10,000 protesters march through London tomorrow to voice their anger over rising tuition fees and Government cuts. The bullets will be used to prevent a repeat of last year's scenes, where hundreds of arrests were made during protests due to disruption caused by a small minority. However, such police methods have angered critics who believe the scenes will be completely "un-British" and quite frankly reminiscent of Middle Eastern dictatorships.

There are several sides to this debate, but we personally defend that of the students. The UK promotes the right to education, but with ever increasing tuition fees and cuts fewer students from poorer backgrounds will be unable to continue with higher education. Why shouldn't they protest against a common right? Moreover, students across Europe are far more politically active than in the UK- and it is about time that students here were heard and had a right to express their anger at Government. UK students can not be critisized by actions of a small minority.